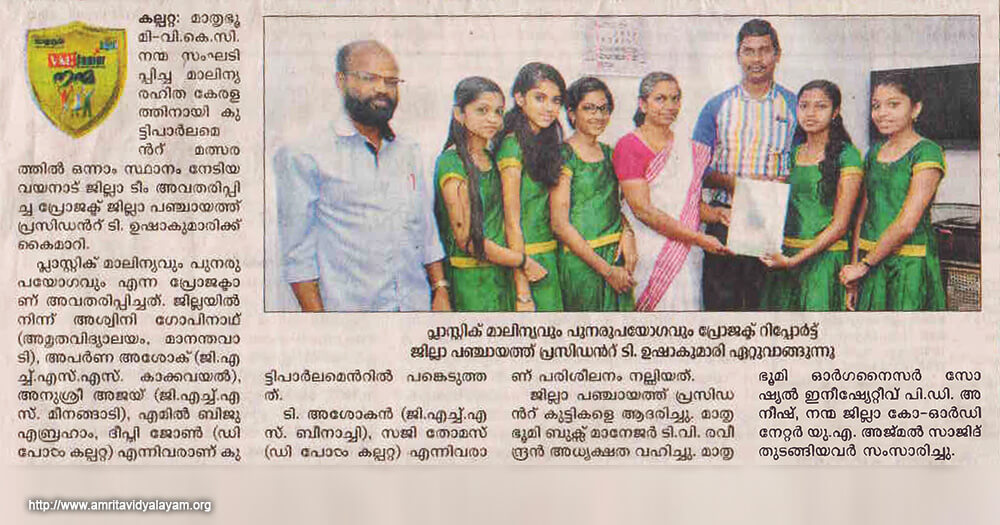 As per the directions of MHRD regarding reducing the weight of school bags, Amrita Vidyalayam schools are restricting the subjects for Standards 1 and 2 to English, Mathematics, and second and third languages. Standards 3 to 5 will have EVS in addition to the above subjects.